Within 2 weeks of starting WAVE 1, a couple of people commented on my improvement!

I was hyperactive my whole life, then Lyme Disease slowed me down. I do believe my energy level has improved, although I’m not making good use of it. Hard to stay on task, as I walk in physical and mental circles. Since I have aged noticeably, I’m not surprised that pain is more of a problem now. I’ve had mostly neurological symptoms for over 20 years now. I once slept well, even as a single parent. I would wake up at night and check to make sure my children were covered when it was cold, then I’d go back to sleep. For at least 11 years now, my sleep has been poor. I also started having dryness and kept water by my bedside. I woke up every hour, as my tongue and throat were so dry and painful. I participated in a sleep study which resulted in them telling me I didn’t sleep! – I slept a total of just over 4 hrs (went to the bathroom 3 times) and had only 17 minutes of REM during 3 time periods. I started to notice in my 50’s, I was not functioning as well as my usual self. The lack of sleep started wearing me down more and became more anxious and depressed. I’m still rather despondent to this day, and the current virus in the world is not helping. Fortunately, my doctor recommended a Service Animal for me. I believe I would have given up on life with all the suffering if it weren’t for my Service Animal. My good friends have stuck by me and have offered encouragement and support. It’s not easy to make new friends when I am rather forgetful, easily confused, or cancel because I know I am not up to whatever.

I had odd neurological incidences over many years which left me frustrated, as no doctor had any idea what was wrong with me. Numerous MRIs and CT Scans were completed, but of course, these scans don’t show parasites. Naturally, I was told it was “all in my head” – which it truly was! Some of what I experienced… LOUD ringing in the upper left side of my head, which was hard to sleep with. I could hear the ringing even when driving my car and with the radio on. There was an odd tingling under my left shoulder blade, and my left toes instantly went numb. I had a tic on the left side of my face which made drinking liquids difficult and even trying to use a straw made the tic worse. The left side of my lips went numb, so I kept touching and licking my lips for months to try and adjust. One morning, I woke up with the left side of my tongue numb and had trouble communicating my words. I learned to talk around it. I graduated as an Honor Student with a Masters Degree, and I lost the ability to read and comprehend. I was always a musicaholic and became so bothered where I was not able to listen to any music for about 2 yrs. It still bothers me.

I started using the device based on WAVE 1's directions. I had already used a Rife machine for a couple of years, and I experienced no herxing. When I learned the intensity level could be increased, I immediately challenged myself further. Within 2 weeks of starting WAVE 1, a couple of people commented on my improvement! I felt some changes, and comments from others helped me notice more. I did increase to the highest intensity possible and ran the Lyme and Detox programs twice a day at varying times. I was delighted to have the opportunity to help myself and be mobile while wearing WAVE 1. I still use the device during the day. I have used other specific programs for mind/brain fog, but can't say I've noticed any true effect.

When others started to comment on my improvement. I was feeling better. My sleep also improved.

My friends at a Tuscon Arizona Lyme Support Group. One of the members, Fran, had told me about the device, and then recommended my participation in a Trial.

Whatever any Lymee might recommend, this is the ONE THING I tell them ALL to try! I would advise a slow start for most people. 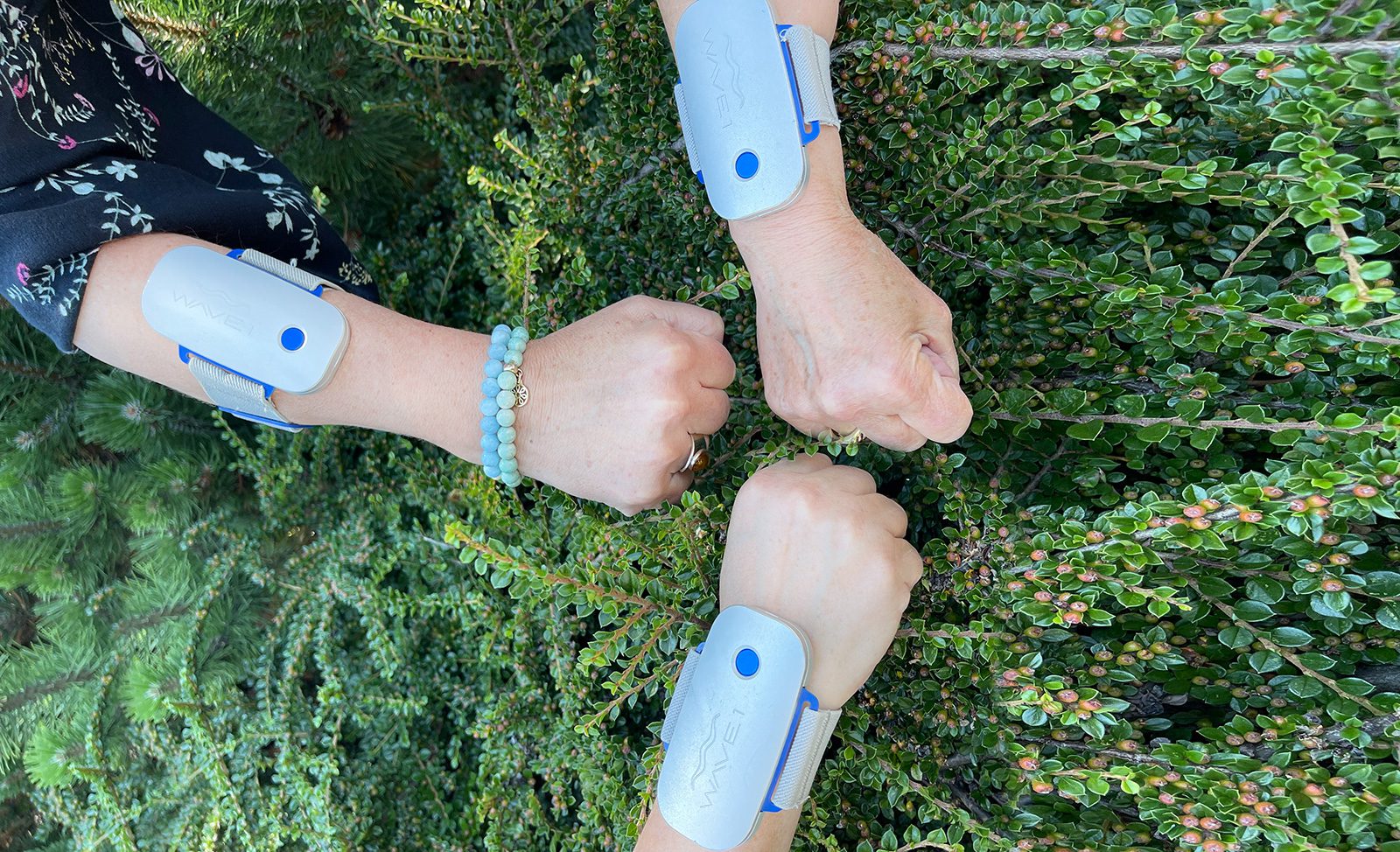